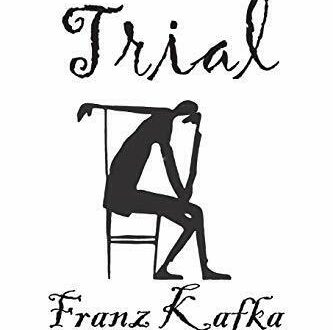 "Not all those who wander are lost." - J.R.R. Tolkien, The Fellowship of the Ring

Purchase This Book At:

Heavily influenced by Dostoyevsky's Crime and Punishment and The Brothers Karamazov, The agents' boss later arrives and holds a mini-tribunal in the room of K.'s neighbor, Fräulein Bürstner. K. is not taken away, however, but left "free" and told to await instructions from the Committee of Affairs. He goes to work, and that night apologizes to Fräulein Bürstner for the intrusion into her room. At the end of the conversation he suddenly kisses her. In 1999, the book was listed in Le Monde's 100 Books of the Century and as No. 2 of the Best German Novels of the Twentieth Century.